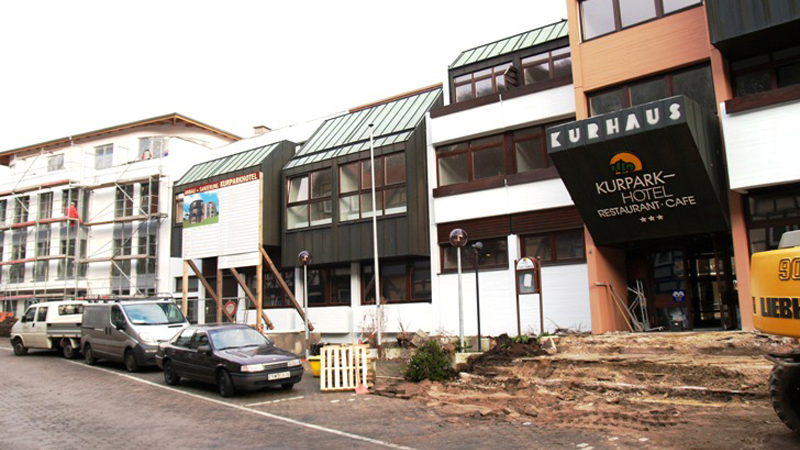 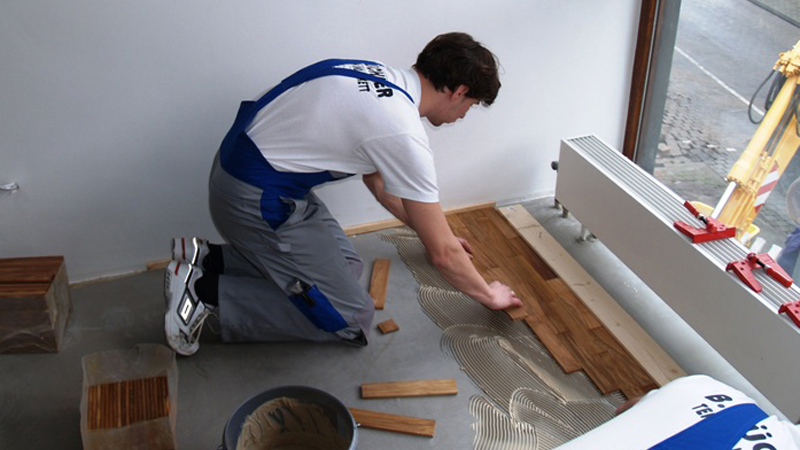 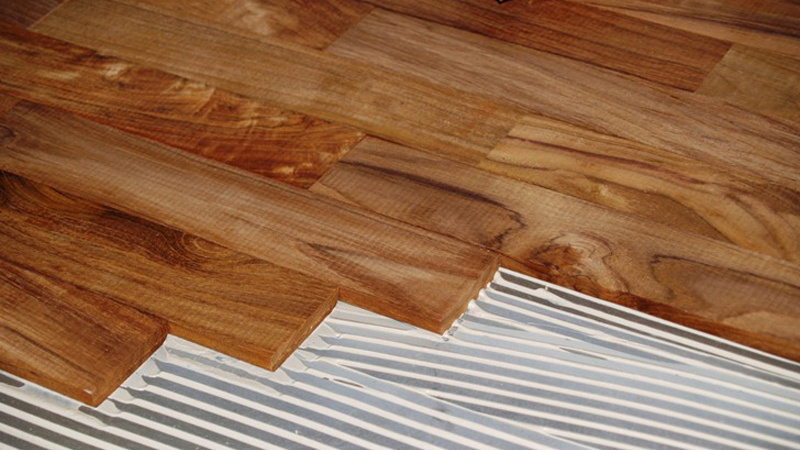 Previously often the subject of laughter - the Kibek advertising sign, which Ulf Elbrecht, head of Kibek’s project management department, wants to have fixed to the site fences and store fronts of the properties they’ve completed at all times. Their two project managers, as well as their long-time subcontractor Bernhard Büchner, didn’t believe that this project site sign might bring them even more lucrative orders. But that’s exactly what happened.

For the floor installation work in a retirement home in Lübeck, they had put up the sign again at Elbrecht’s instructions. The project manager for the Lübeck lawyer, entrepreneur, and honorary consul of the Republic of South Africa, Ekkehart H. Eymer, passed by there. Volker Thielsen was on the lookout for reliable craft workers for the consul’s senior home building project. He saw the sign, went into the building, inspected the flooring layer’s work, and gave Kibek a tender. The acceptance was not long in coming. And since then, the project department of Kibek, as well as Bernhard Büchner in their entourage, have taken care of the floor installations in the consul.

After the retirement home came other jobs, notably a few in the tranquil spa town of Bad Sooden-Allendorf. Eymer’s predecessors come from this location - tracing back as far as the seventh generation, according to project manager Thielsen. This being the case, the dedication to the time-honoured spa town is understandable, into which the consul is breathing new life with its investments. The music and convention hall, casino, thermal spring, and Rhenanus retirement home are already up and running here. With help from Kibek, Büchner, and the products from the house of UFLOOR Systems, two hotels then followed, currently the former Kurpark Hotel, and then a former home for mothers in need of rest.

It is still not widely known in the industry that Kibek, known only as a carpet house, also has a highly productive project department. And yet, this department has been around in Elmshorn for about thirty years now. And it currently employs 38 subcontractors from 15 firms. One of those is the Bernhard Büchner company. "In July of this year, we’ve now been working together for ten years - successfully,", says Büchner. And Ulf Elbrecht, head of the Kibek project department, adds: "This kind of long, on-going alliance is pretty typical for Kibek.". Loyalty to their installation material suppliers in Ulm is likewise a principle for Kibek. "If you work for Kibek, you work with UZIN," professes Elbrecht. He describes the main reasons for this as being the guarantee in the system, for one thing, and for another, the installation recommendations for large projects from the two UZIN construction supervisors, Norbert Böhm and Joachim Ulrich.

Bernhard Büchner, managing associate in his own company since 1997, was previously a foreman for twenty years in two companies, laying floors and wood flooring. He started his independence immediately with Kibek, which he never regretted once to this day. At first he worked alone; after a year and a half, he was able to hire his first assistant and then went uphill one step at a time. In 2006 alone, six new people were added so that a total of eleven floor and wood flooring installers were employed with Büchner.
Büchner works independently not just for Kibek, but appreciates Elbrecht and their two project managers as "particularly reliable partners.". In addition, he profits as a subcontractor in the industry from the packaged Kibek purchasing conditions.

No wonder, then, that the established team of contractors, subcontractors, and installation material manufacturers also stepped up together to the Kurpark Hotel Bad Sooden-Allendorf starting in December 2006. When it came down to the proposal of making a 3-star hotel into a 4-star one, even on perfect floors, then this was the right decision from the building owner’s perspective. Building owner representative Volker Thielsen, at any rate, praised the work performance of the floor and wood flooring layers on site. But they were satisfied as well - not just because of the competent construction management. They were allowed to stay overnight in the former home for mothers in need of rest, which will miss out on the next perfect floor construction so that a hotel can be developed here.

In the old hotel building, the building owner had the old carpet removed. The Büchner installers sanded, brushed, and vacuumed the existing cementitious screed. Then they resinified the area separation joints in the screed by force-fitting with the fluid UZIN multi-purpose acrylic resin KR 416, and dowelled a few cracks with the multi-purpose epoxy repair resin UZIN KR 419, as well as UZIN screed clamps. In both instances, they generously sanded the fresh resin surface with UZIN fine sand.

In the new building, a new cementitious heated screed ZE 20 (with rapid binder) formed the working base for the floor and wood flooring layers. Elbrecht had CM samples (like in the old building, as it happens) taken exactly based on the current written certification from the binding agent manufacturer about the measuring method. Nevertheless, he warned the building owner representatives as a precaution against the possibility of it not yet being dry for covering. In doing so, he referred to the instruction sheet that was authoritative for all concerned "Interface coordination with heated screed construction" in its current edition of February 2005.

The workers primed the prepared old substrate with the dispersion primer for old substrates in renovation areas UZIN PE 260, and then levelled with the self-levelling, high-tenacity cement smoothing screed UZIN NC 170. The solvent-free, anhydrous 2-component polyurethane adhesive UZIN MK 92 S is used as an adhesive for lam wood flooring as well as for floorboards. In the connection joint to the tile transitions, the Büchner wood flooring layers brought in a 10 mm-wide strip of cork.

The workers sanded the lam wood flooring several times, and fills the joints with a mixture of bore dust from the 60mm connector and the water-based joint filler liquid Pall-X joint filler from Pallmann. Following this, a fine grind with a grain size of 100 was then done, and then a mesh grind with 120 abrasive gauze. Eventually, they applied the Magic Oil 2K from Pallmann (twice), and polished the surface with the single-pane machine. The oil/wax combination yields an open-pored, breathable, and diffusive surface. The wax ratio helps achieve a uniformly smooth, velvety surface. The hardener component also ensured that it dried through very rapidly, which allowed for renovations to be carried out in minimum time, even in extremely high stress areas.

As a cleaning agent for regular use of wooden flooring oiled with Magic Oil 2K, Pallmann recommends Magic Oil Care, which protects the oil wooden flooring with a protective film and makes it slip-proof. Both the aesthetic and the life cycle of the maintained surface finish remain intact.

The Büchner team permitted themselves the indulgence of doing the same thing for the solid wood floorboards in the new building - only without joint filler. The floor layer bonded the wall-to-wall carpeting there with the textile floor covering adhesive UZIN UZ 57 - the one with the powerful adhesive stringing. In contrast to the patterned floor covering, the 10 cm high skirting should be plain. Kibek supplied the infloor material to Büchner, who trimmed the goods at their own company into linking strips and joined them together. They installed a Schlüterschiene tiling profile in the transition between carpet and wood flooring.